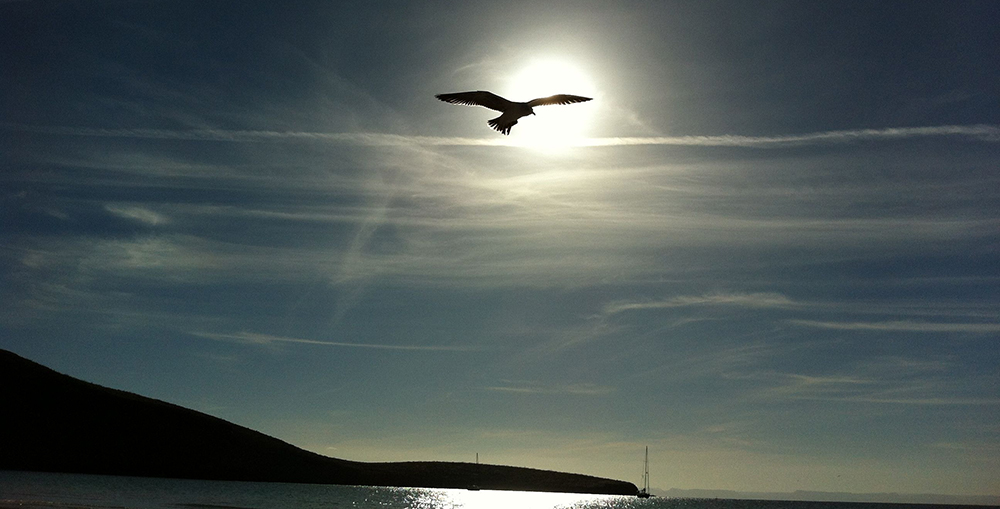 Sea Eagles in the Solent

In 2019 a project began to re-introduce the White-tailed Eagle to the Isle of Wight with 6 birds of prey being released initially from Scotland, with more being released in 2020 and some more recently. The project is being run under licence from Natural England, the Government’s wildlife licensing authority. All of the young birds involved in the project are collected under a NatureScot licence from the wild in Scotland and brought to the Isle of Wight. Click for More Info / Link to Natural England

Although the birds travel long distances, including to: the Netherlands, Germany & Denmark (information from tracking data), the birds do return often indicating that they see the Isle of Wight as their home. The recorded information so far is a promising and encouraging indication that breeding may take place on the Island over the next few years.The Isle of Wight was chosen as the location to reintroduce the white-tailed eagles, as it offers an ideal habitat for these coastal loving birds with plentiful sources of food in the surrounding waters. It also offers a central position on the south coast allowing the birds to disperse and link with other populations in Scotland, Ireland and on the continent.

One pair is often seen on the Island showing territorial behaviour with other eagles, again showing interest to stay on the Island. Read More Here

The introduction of the Sea Eagle to the Isle of Wight is led by Forestry England and the Roy Dennis Wildlife Foundation.

Sea eagles are very big birds, difficult to see from afar or without anything to compare them to. The Eagles have a 2.5m wingspan, their wings are both long and wide, and they have long primary feathers that look like fingers on the end of their wings. Their head and neck stretch out from their body in flight and their bill looks long and heavy, their head and bill do stand out.

White-tailed eagles have a distinct plumage once they reach maturity, their bright white tail sticks out even on a dull day and the bulk of their plumage is a grey-brown with highlights across its head and upper part. Juvenile birds are somewhat less colourful; being a darker brown, the flight feathers appearing darker still, the underside has some white flecks on the body and wings.

Although we know where to take you for a chance to see Sea Eagles in the Solent, we do not wish to publicise the known locations that may cause people to trespass and disrupt and spotting one is not guaranteed. Aboard Boat Coaching can take you to some known locations hoping to spot one or two, but there is no guarantee you will see one on the day. Email us at info@aboardboatcoaching.co.uk to arrange a charter boat ride for 1 to 8 people.

This website uses cookies to improve your experience while you navigate through the website. Out of these cookies, the cookies that are categorized as necessary are stored on your browser as they are essential for the working of basic functionalities of the website. We also use third-party cookies that help us analyze and understand how you use this website. These cookies will be stored in your browser only with your consent. You also have the option to opt-out of these cookies. But opting out of some of these cookies may have an effect on your browsing experience.
Necessary Always Enabled
Necessary cookies are absolutely essential for the website to function properly. This category only includes cookies that ensures basic functionalities and security features of the website. These cookies do not store any personal information.
Non-necessary
Any cookies that may not be particularly necessary for the website to function and is used specifically to collect user personal data via analytics, ads, other embedded contents are termed as non-necessary cookies. It is mandatory to procure user consent prior to running these cookies on your website.
SAVE & ACCEPT