Accommodation near Aboard Boat Coaching

If you need to stay overnight for one of our courses, there are many places offering good accommodation nearby.

The closest is Harpers Steak House and hotel at Swanwick. You can take a 5-10 minute walk from here to our Marina along the river, ideal if you have come via train, (get off at Burseldon station). it is very close, excellent value for money and serves great food.

The following links are to accommodation which is close by our training location.

Useful links and friends of Aboard Boat Coaching

Need a big or small repair in your Hull or Gelcoat?

GRP Boat Repairs carry out some amazing repairs, you would just never know!

Click on the link to view their web page:  www.grpboatrepairs.com 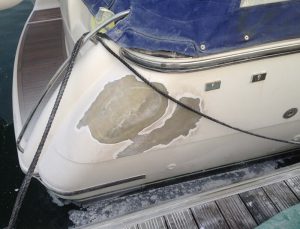 We follow a careful approach to Covid 19 with restricted use of First Aid Manikins and physical contact during First Aid Courses and Social distancing where possible on all other Courses until further advice is received from Government and the RYA.

The river Hamble is a beautiful location steeped in history and is Internationally Famous as the Premier home of Yachting on the South Coast of England. The Hamble has been a boat building centre for centuries and two very famous wrecks can be found here, the “Grace Dieu” King Henry V’s Navy Vessel and more recently found is the “Holigost” both lying on the upper reaches of the Hamble.

The Hamble is  nature lovers dream location and an internationally important nature conservation site, popular with Bird Watchers, due to the variety of different species that can be seen here all year round.

The River Hamble Harbour Authority can be found as you enter the Hamble on your Starboard side and operates on Channel 68 “Hamble Harbour Radio” They can also be contacted on 01489 576387 or the mobile patrol team on mobile 07718 146380. Harbour dues are payable for vessels with an engine of over 10hp and payment can be made at the Harbour Masters Office (via a walk on pontoon), or direct from the Mobile Patrol Team.

There is a speed limit of 6 knots just prior to the Hamble Point South Cardinal, marking the entrance to the river and tidal stream can at times run in excess of 3 knots on the Spring ebb, which can cause large waves, wind  against tide.

This website uses cookies to improve your experience while you navigate through the website. Out of these cookies, the cookies that are categorized as necessary are stored on your browser as they are essential for the working of basic functionalities of the website. We also use third-party cookies that help us analyze and understand how you use this website. These cookies will be stored in your browser only with your consent. You also have the option to opt-out of these cookies. But opting out of some of these cookies may have an effect on your browsing experience.
Necessary Always Enabled
Necessary cookies are absolutely essential for the website to function properly. This category only includes cookies that ensures basic functionalities and security features of the website. These cookies do not store any personal information.
Non-necessary
Any cookies that may not be particularly necessary for the website to function and is used specifically to collect user personal data via analytics, ads, other embedded contents are termed as non-necessary cookies. It is mandatory to procure user consent prior to running these cookies on your website.
SAVE & ACCEPT